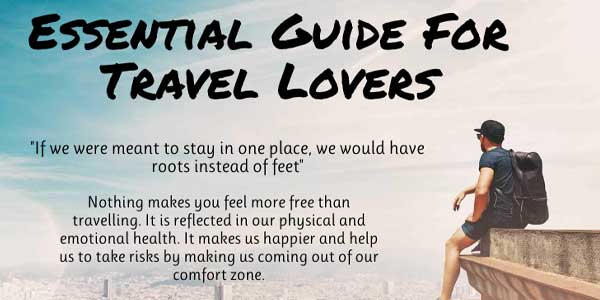 It was the last day in the Serengeti. We said goodbye to the immense plain. The great African park. The best reserve of the black continent to enjoy its fauna. The SUV was heading towards the exit when, suddenly, we began to share a path with a pack of lions. We stop The plans have changed. Three lionesses open the entourage. Behind, their puppies. Behind, the males are waiting for their partners to do the dirty work. There is no doubt, they are hunting.

A few centimeters from the kings of the jungle we see the survival instinct (which does not kill) on their faces. They are hungry, very hungry. They desperately look for a piece because the pack cannot stay another day without eating. More SUVs join, but animals are used to having spectators. They do not change. They continue on their way and even use cars to hide when they start stalking a group of antelopes. It is the most elusive dam due to its speed.

They would prefer that there be zebras, more fleshy and slower. But in the savannah, you can’t choose. It is not a supermarket. One of the lionesses launches its attack and fails. He was desperate and he was too far away. They continue their journey by gently tapping the dry dirt of the road with their claws. It is not usual for a pack to get so close to the entrance of the national park, but hunger squeezes. Another group of antelopes appears and one of the pups is isolated. Easy prey. They try again, but the step has been false again.

One of the lions of the pack stops. She is frustrated and hungry. Exhausted and exhausted. His face with dull eyes and saliva cascading through his fangs is undoubtedly the image of our Tanzania safari. It is the snapshot that best sums up five unforgettable days. Exciting The dream of any traveler who loves nature. This is the story of our experience and the tips for doing a Tanzania Safari that will leave your mark.

One of the lions of the pack stops. She is frustrated and hungry. Exhausted and exhausted. His face with dull eyes and saliva cascading through his fangs is undoubtedly the image of our Tanzania safari. It is the snapshot that best sums up five unforgettable days. Exciting The dream of any traveler who loves nature. This is the story of our experience and the tips for doing Tanzania safari that will leave your mark.

In the Serengeti, we obtained the unforgettable image that we recounted at the beginning of the post. We did not see any hunting, but we enjoyed the elusive leopard. Also of the cheetah, the buffalo, the giraffes, the monkeys, and the hyenas, among many others. And of course, we go to the ‘hippo pool’, the smelly lake where dozens of hippos are protected from the sun smeared in mud-filled with mud and feces. A wonderful nursery that allows you to have this dreaded animal up close. Although it may seem a lie, it is the most dangerous of the savannah and the one that has claimed the most human lives throughout history. Why you are still waiting, book your trip in advance through this weblink at Easytravel to make your Tanzania safari trips wonderful.

‘Hippo Pool’ Of The Serengeti Safari Tips In Tanzania:

The Serengeti leaves its mark. It seems to have no end when you begin to travel its paths and paths. It is incredible that in a seemingly so poor and dry land where only some acacias rise, there is such an explosion of animal life.

We had to return to civilization in the same way. By the bumpy runway that, unless you take a plane, is the only way to get to the Serengeti and return. You eat dust, but you do it with pleasure. We return to Twiga Campsite in Mto wa Mbu to spend the night and face the next day the visit to the last Tanzanian national park, Lake Manyara. Different from the rest.

A Vergel where it is more complicated to see animals, but in which it is worth taking a short walk. We did not see the climbing lions, characteristic of this place. These felines had to adapt to landscape conditions to survive and they had no choice but to learn how to climb their gigantic trees. The image of Lake Manyara is the elephants devouring branches and leaves a few meters from our car. We could practically touch them. They impose and fascinate.

Flamingos And A Zebra In Lake Manyara:

This national park also gives us a view of the lake that gives it its name. An inland sea of ​​alkaline and shallow waters where we will not see hippos, but migratory birds such as pelicans and flamingos. A natural spectacle that contrasts with the dryness of the Serengeti.

Curiosities Of The Main Animals That We Can See In A Tanzania Safari:

The king of the jungle and authentic owner and lord of the Serengeti. It is part of the coveted ‘big five’ African (the big five that makeup elephants, buffalo, leopards, and rhinos). The females hunt, but once they take the life of their prey, the first to bite is the lion. When he is satiated, the lionesses and the cubs eat. Its function is to protect the pack. It’s not normal for them to climb trees, but in the Serengeti, we saw it. They usually kill zebras, antelopes, wildebeest and sometimes buffalo, although in that fight between two of the ‘big five’ they can lose out. If we see a lioness and a lion outside the herd, they are probably on their honeymoon. They usually do the sexual act countless times. If once they finish, the female batters on the ground, it is a symptom that she liked. The longer and darker the mane of the male, the older he is.

Recommended For You:
What Do You Know About Load Testing?

They do not need a presentation. No one can with them. Fangs scraped off Tarangire’s baobab looking for the water inside them. In that same park, we saw them in the river smearing mud to cool and deworm. Instead of going to the channel where the water is dirtier, dig with the trunk on the shore to find another that is cleaner.

Fools of manual. They star in the great migration between the Serengeti and the Masai Mara Kenya and vice versa in search of fresh pastures. Many stay on the road because they are one of the easiest prey for lions.

We saw hundreds. Herbivorous Normally they come after the wildebeest in each territory because the former can eat taller herbs, but the zebras by the shape of their mouth need to pluck the shorter ones. It is striking their defensive position, glued in pairs looking back and forth and sometimes even protecting the young between them. It is to have all flanks controlled in case of attack.

We have several species, with Thompson’s gazelles being the most common. They are herbivores. Males have antlers and females don’t. They are the most numerous, they appear on all sides and it is a pleasure to see their impolite fur, innocent look, and athletic body. They are the favorite prey of leopards and cheetahs since both can reach them thanks to their speed. But they also have lions as an enemy. They can be seen especially eating early in the morning because they love fresh grass wet with dew.

Very elusive. Seeing them in the Serengeti is lucky. Thanks to the patience of our driver Ernest we were looking for him through the ‘kopje’ all morning, the granite moles that are scattered across the savanna and are the perfect watchtower to see the dams. But where we saw it was in a tree, giving a good account of an antelope. They have developed that ability to climb. The reason is that they cannot eat their prey on the mainland because it is very likely that a lion will snatch it.

Recommended For You:
Aspects That Drive Online Merchants To Hire Opencart Developers

Neither the leopard, nor the cheetah, nor the elephant and not even the lion. The most dangerous animal for humans is the hippo. Getting in your way is to win a certain death. Behind that bonachón and campechano aspect lies a true beast. It is herbivorous but does not hesitate to get rid of the uncomfortable ‘Moscone’ whether crocodiles or even lions. During the day it stays most of the time in the water. Your skin does not tolerate the sun’s rays and they need to hydrate continuously.

It can be up to five minutes underwater, and when it comes to breathing it is usual to see its immense mouth opening with which they make clear what their territory is. In the Serengeti, you can see dozens in the area called ‘hippo pool’ where they share space with crocodiles. Between feces and a foul smell, dozens of them spend all day until night comes and they can go out to eat grass.

The feces that are deposited along the way serve as a guide and then return when the sun rises because their eyesight is really bad. They are very clever and when they know that the moment of death comes they leave the water throughout the day so as not to take space from others and end up perishing in complete solitude.

One of the big five. Its appearance, reminiscent of that of a brave bull, and its antlers, impose. That corpulence scares even the Leon, who although they have devoured them at times, in others they lose out. The older ones move away from the pack when the moment of death comes, just as it happens with hippos.

It is the tallest mammal on the entire planet. Captive to see how they walk and gallop (they can reach 60 kilometers per hour), but also see how they eat. The two horns that appear in his head are called ossicones. The males are more marked and are very useful in case of defense. They usually avoid clashes.

This Infograph is shared here after legal permission from EasyTravel

Comments RSS Feed
Next Article Top 10 Intelligent Ways To Go About Repurposing A Single Piece Of ContentPrev Article How To Use Business Checks As A Marketing Tool? 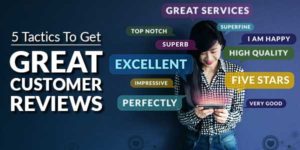 5 Tactics To Get Great Customer Reviews 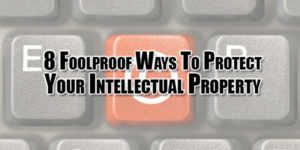 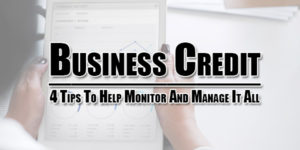 Business Credit: 4 Tips To Help Monitor And Manage It All