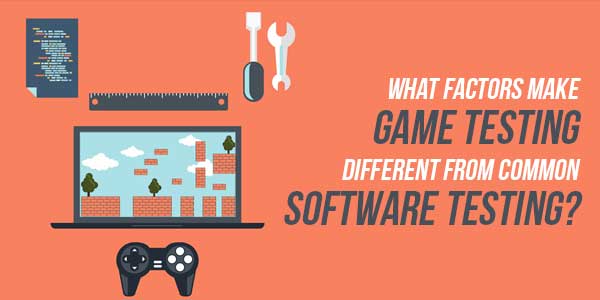 Game testing is a repetitive process because every new build may contain so many bugs that one needs to test thoroughly. Otherwise, you may experience some issues in your game, such as unresponsiveness on the game screen. The music may or may not be played well. Some functions of your device operating system may not respond, and you may get too many hang problems in your smartphone or the device that you use for gaming.

Thus, game testing requires not only the professional quality assurance expert but also demands the study of game rules and the basic structure without matter how lengthy the game is or how much time it takes to produce the game.

Apart from that, it is essential to understand the file architecture, the overall component architecture of the game, the game flow, the dependencies, and the file structures.

Moreover, one needs to review the test documents when it comes to updating any changes in the game specifications and whenever you introduce a new prototype of the game. You also need to prepare new test cases and new configurations to ensure that there are no new bugs found in the game during testing.

The Lifecycle Of The Game Development:

Entertainment is the one and the only motive of the game testing. Because the game is the type of software program that assures that even after the depressed condition of the person, he/she will be able to relax while playing the game and forgets everything whatever the situation he/she is currently dealing with.

In SDLC mode, the analysis is necessary to measure and collect the data of user requirements as it helps the software testing company while developing the software requirement specifications.

In the SDLC design phase, those specifications are then translated into software modules representation and more detailed models. During implementation or code generation, one needs to translate the models into source code and the executable software application.

Finally, the testing is carried out in the SDLC model to assure that all elements work as expected and completely fulfill the customer’s specifications.

However, the GDLC involves a total of six stages that are given below: 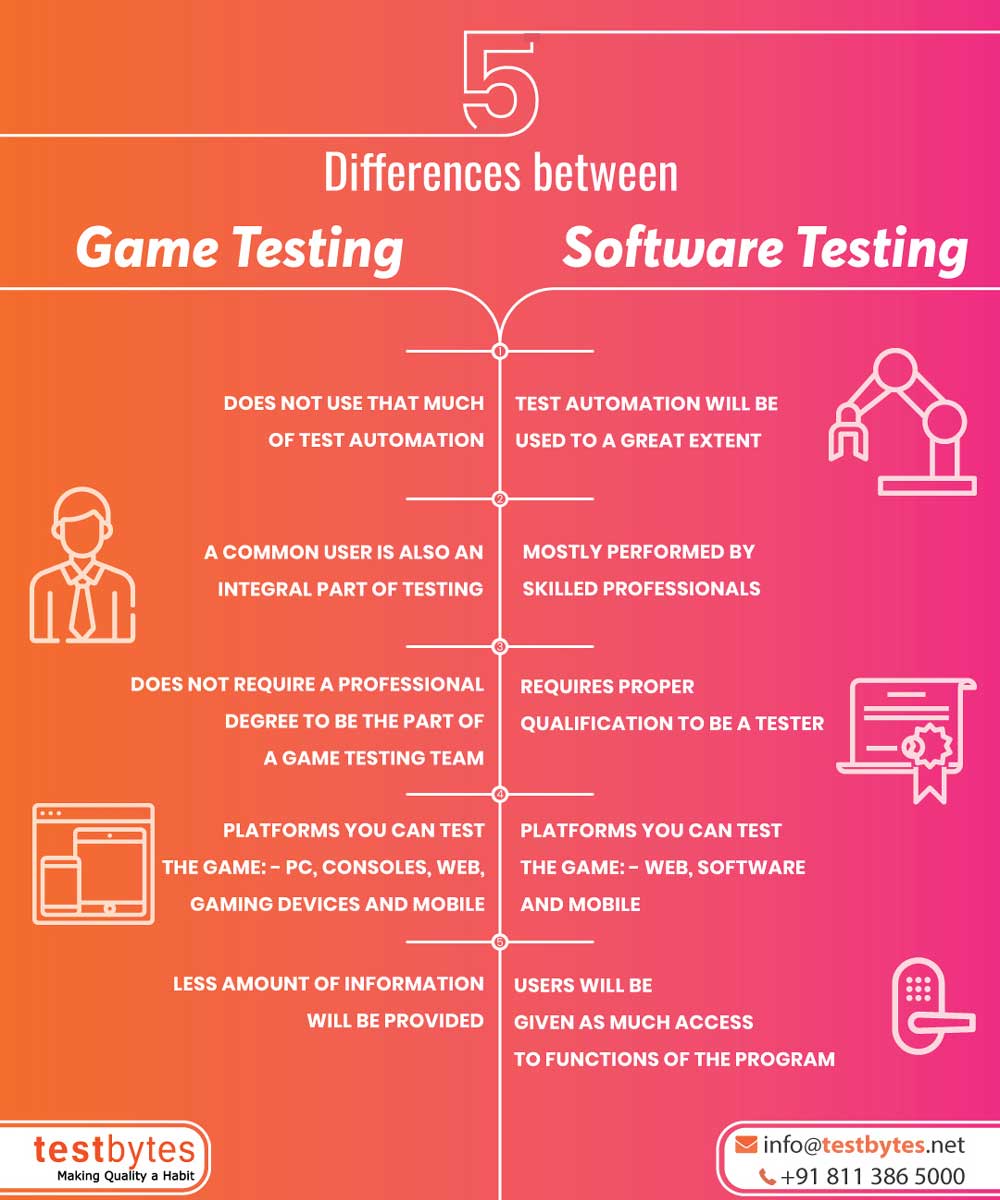 It is crucial to start the game development from pitch because it allows developing the initial design and helps to understand and prepare the game concept.

After making the gaming concept in the game development, there is a need to refine this process through pre-production. It covers game ideas, features, storyboards, requirement analysis. Documentation is also done during this stage. You need to focus on the technical design document, special specifications of the game’s features, animation, frame overlay, and the entire game architecture. Here are some aspects that you need to concentrates on during the pre-production stage:

The realization of the pre-production is done in the main production part, including the focus is given on checking the game design, concept art, and its design document. This process can be so lengthy because there are so many things that one needs to check during this phase. If something is missing in the previous stage, the game developer can fix it and move to the next stage that is alpha testing.

Alpha testing is performed by the internal team members of the game development company. It is a kind of software testing that helps find out the bugs before launching the product for the public or real users. This kind of testing is also known as user acceptance testing.

Beta Testing is also another type of user acceptance testing. In this stage, the software application is tested in a real-time environment for sure, but it is essential to get the test done from the real users or clients who are not part of your organization.

Security, reliability, and robustness are major factors that are focused during beta testing, not in alpha testing. In alpha testing, it is possible to resolve the critical issues from the developers immediately and before the release of the product.

In contrast, the beta test gives us client reports and their users’ feedback on how they feel and what kinds of results they received while operating the product. Any issues that the real users or clients mainly face can be corrected through beta testing, but the improvements are given in the next versions of the product.

Therefore, we can clearly see that game testing are different from normal software testing because the game tester job responsibilities are:

User experience or usability is something that is tested for all applications or software. Yet, the testing that is unique for gamers is a fun factor one needs to carefully perform via the Fun Factor Testing.

It helps to satisfy the entertainment needs and gives the best user experience in terms of fun while playing.

Today 3D games are very popular compared to 2D games because the main focus is given to provide a better visual appearance to users. Interactive colors, animated characters, and good sounds impress gamers a lot and are the reason for their addiction to play games every day.

Recommended For You:
How To Show Your Customers That They Matter To You?

However, 2D games don’t focus much on the environment. Their dimensions and controls are very simple and easy that sometimes gives a monotonous feel to gamers.

If the game includes too much animation using computer-generated imagery, then it is evident that testing a game can be a complex and difficult task, mainly if every single step is done through manual testing.

Therefore, to give the customers the best gaming experience, you need to conduct the test through game testing tools that are available on the internet in a wide variety.

Some examples of popular game testing tools are:

By using such tools for game testing, you can address the many challenges that may face by game testing companies or their experts:

Quality assurance and entertainment are the main factors of game development. The essential function of game testing is the identification and documentation of software bugs or defects.

To give extreme levels of entertainment to gamers, the software testing company should have highly technical experience, computing experience, critical evaluation skills, endurance, test labs with world-class game testing tools, and analytic competence to create a win-win situation in the industry.

As we discussed, game testing is a repetitive process, so we need to use the automation tools and have great experience in the working of GDLC (Game Development Life Cycle) like pitch, pre-production, main production, alpha, beta testing, and master phase. 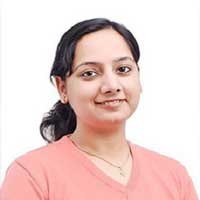 Kanika Vatsyayan is Vice-President Strategies at BugRaptors who oversees all the quality control and assurance strategies for client engagements. She loves to share her knowledge with others through blogging. Being a voracious blogger, she published countless informative blogs to educate the audience about automation and manual testing.

Comments RSS Feed
Next Article Understand And Avoiding Truck Blind Spots For Commercial DriversPrev Article How To Use Graphic Design In Content Marketing?

10 Powerful Methods To Reduce Bounce Rate Of Your Website 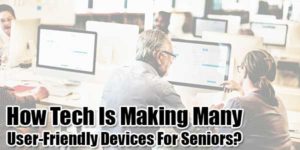 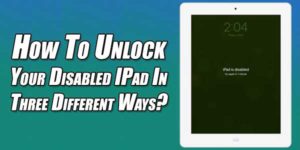 How To Unlock Your Disabled IPad In Three Different Ways? 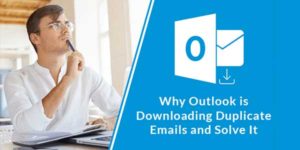 Learn Why Outlook Is Downloading Duplicate Emails And Solve It 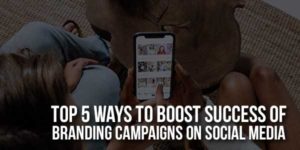