10 Lessons Your Businesses Should Learn From Pokémon Go

Pokémon Go has got an impressive success so far. Despite the fact it has been launched only last July, it is estimated that it has been downloaded 100 million downloads – it reached 50 million users worldwide only 19 days after being released- and it has around 20 million daily active users so far.

And Nintendo couldn’t be happier about it. It is believed that the augment reality game has already given them a revenue of US$ 200 million. Most of its players are men from 18 to 34 years old (78%), and they are spending around US$ 10 million on the game per day.

So, yes, any business has a lot to learn from Pokémon Go. Its marketing strategy contains precious pieces of advice, such as the ten lessons below, to anyone looking for attract more clients and increase brand awareness in any industry.

Nintendo had no fear to launch something new in the market. Instead of creating one more of the same, they invested in a new type of game, one that make people move instead of sit on the couch per hours. They also understood that innovation isn’t only about finding the next breakthrough. It is also about perfecting what is already on, something that Pokémon Go has done at its best by improving AR gaming technology.

Pokémon Go is the result of several trends: apps becoming more interactive, and technology turning into something literally mobile, just to name two of them. The game’s creators kept a close eye on the news, conversations on social media, and insights from experts so come up with something that filled a gap in their segment.

Recommended For You:
12 Steps To Finding The Perfect Logo Design

Nintendo already had another app with the same principle, the Ingress. But it was the partnership with Pokémon franchise that makes the product more interesting and appealing from a marketing point of view. Instead of trying to introduce a new character, and investing in massive campaigns to make them attractive, they joined forces and made of it the app the success that it is. It has also allowed them to reach new audiences, one that didn’t watch Pokémon cartoons or movies, neither own Nintendo consoles.

Another reason way Pokémon Go has managed to be loved by so many users is the fact that it is so easy to use. You don’t need any tutorial or guidance to learn what you have to do to win the game, as it is very intuitive. The same strategy had been used by Angry Birds before, another highly successful game. It is also true that the app is still in its early stages, with their developers saying that only 10% of the planned features are already available. But they understood that it was much better to start with something simple and easy to use, and then improve it later.

Online life is happening more and more often on people’s hands. Their mobiles are the most valuable possession of many people, and by creating an app that makes this relationship even closer, Nintendo hit the jackpot.

One of the points that have been considered as a reason for the high financial success of Pokémon Go is how they handle their alternative currency. Like many games, they led you not to feel that you are spending money on it by asking you to buy hearts, lives, or stars. But Nintendo’s app has taken it to the next level.

It also gives you several ways to purchase new features, so you can choose how much and in which you want to spend it. And several companies, McDonalds included, are willing to pay to become Pokémon gyms and stops, “luring” characters inside their shops, so you can only imagine how much money they will make from it in the future.

Even though Pokémon Go is a game for one, it is also intensely interactive. Users are competing over who found more Pokémons and many online groups has already been created. And without its creators having to spend a penny on it.

Plus, they are also promoting social interactions in the real world, as players unintentionally meet up on Stops and Gyms and end up engaging in conversations. It creates a sense of community that reinforces the brand engagement and might guarantee a long life to the app among high-level players – those willing to spend money and time collecting items and battling against other users.

Many businesspeople are still doubtful when it comes to freebies. They think that if they give something for free that the customers will perceive their product as unimportant, harming their brand.

But it is only true if you are dealing with a premium product, such as Jaguars or diamond rings. And even in both mentioned industries, you will find stuff being given away. And with Pokémon Go, it is being proved how something free can create a significant income.

Recommended For You:
Top 7 Best Python IDEs To Work On

Choosing Pokémon franchise as a partner was a smart move by Nintendo. This way, their game created a direct emotional connection with their desired target audience, people on their late 20s to 30s, who had been fans of Pokémons when they were children. They were happy to see his favorite characters back to their lives again – and to spend some money to keep them around, now that they are older and have some sort of income.

Augmented reality is being used in its very stages on Pokémon Go, but it manages to give an extra flavor to the game. Many people had heard about it but thought that you would need special devices for it, so it was happy news to know that they could use it with their own mobile. And it also puts together AI, geolocalisation, gamification, and much more in terms of cutting-edge technology.

As you can see, there is a lot that any business can learn from Pokémon craze. If you look at its strategy carefully, you will see that you can also increase your profits by offering something that creates an emotional connection with them, that is innovative, easy to use, trendy, and social.

You should also invest in partnerships that can add value to your products or services and don’t be afraid to give freebies so to attract more clients. You might also want to review your pricing plans and create a mobile-friendly environment to your sales.

And, above all, make it fun.

Pat Fredshaw is a writer and a blogger at EssaySupply. She had been working as a content manager at the international company, and now Pat is sharing her ideas with you.

Comments RSS Feed
Next Article The Perks Of Developing An Outstanding Logo DesignPrev Article Three Ways In How Instagram Stories Scores Over Snapchat? 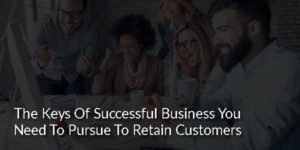 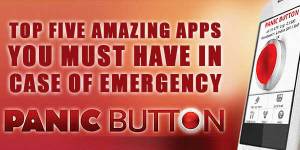 Top Five Amazing Apps You Must Have In Case Of Emergency 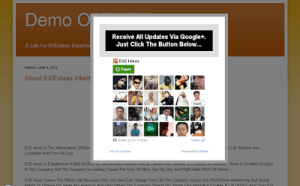 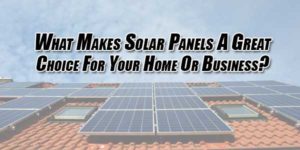 What Makes Solar Panels A Great Choice For Your Home Or Business? 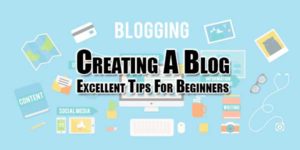