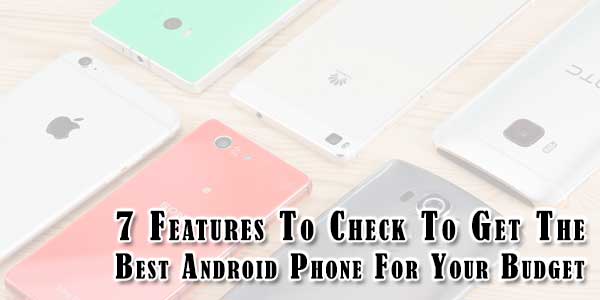 The popularity of Android phones is tremendous. They are not only attractive and easy to use, they are also powerful and the choices are plentiful. One thing to note though is that not all of them are the same since different manufacturers offer a variety of features, which you may or may not actually need. There are too many things to consider, including connectivity, operating systems, capacity, size, battery life, design, physical and internal features and of course, price.

The Android platform is open source, which has some disadvantages versus proprietary platforms, but there are more advantages (and savings) you can get from an Android phone, and to help you decide, take a look at the features you need to check with this guide.

Android phones vary in size and if you have large pockets or usually have a purse with you, then size is not a problem. In fact it could be a plus, because larger phones are very handy for playing games, watching videos, web browsing or doing some work while on the go, as there are more things to fit its screen and the text is easier to read. However, bigger screens have a higher power demand so you have to check its battery life. More option can fit in a smartphone that’s bigger in size therefore the tech specs could be higher than a smaller phone of the same price.

Recommended For You:
10 Reasons To Hire React Native App Developers To Build Your Mobile Application

This is a crucial thing to consider because this is the core of the phone. Choose an Android phone with multiple cores, as this indicates that you are getting a higher-end phone. The latest block buster processors on new Android phone releases include quad-core, Exynos, Snapdragon and now, octa core. Cores allow the phones to divide up its functions and processes, so the higher the core, the faster the phone responds, just like what Huawei has in its latest models.
Check out the clock speed as well. It should run in speeds in gigahertz (GHz). Multiplying the clock speed by the number of cores will give you the maximum processing speed of your Android phone. Use it only as a benchmark since there are some Android phone where some background programs constantly run that could slow down its processing power.

Just like a computer, you need to understand a phone’s internal storage, RAM and ROM. In some phones, ROM (read-only memory) could be called internal storage. ROM is where the phone’s OS is stored. If the phone has a large internal storage, you do not have to worry too much about the ROM. The RAM (random access memory) is where most information and program data are stored. It is also needed when you run various applications, including games. It is also required by your phone’s operating system. RAM needs to be fast (in gigabytes) so you’ll have smooth transitioning between applications 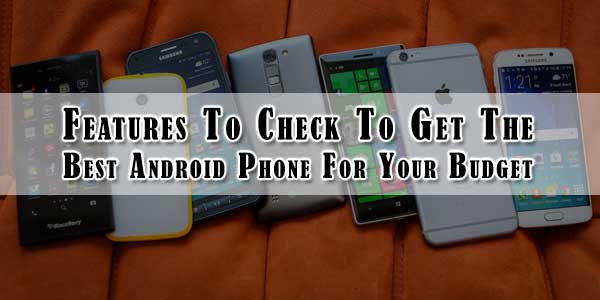 Compared to an iPhone, an Android phone usually has a small storage space but makes up for it by providing a micro-SD slot that allows a user to increase its storage space without incurring too much cost. Android phones can handle between 8GB to 32GB micro-SD cards. Most apps will run faster when stored in your phone’s internal storage but they could consume a lot of your phone’s memory, so using a micro-SD is a good and cheaper option than buying a phone with a higher internal memory.

Recommended For You:
Is The iPhone 5 Suitable For Playing Casino Games?

Take note that some mobile phones run on a specific network and while mobile networks are able to use several frequencies, many of the smartphones are designed to connect to particular networks and telephony systems (GSM or CDMA). Most phones are 3G-enabled and there are new 4G Android phones. Check out the system in your area first before buying a 4G phone to ensure that it will be capable of connecting to either WiMax or LTE. The best place to check this is at the GSMArena.

An Android phone is very easy to use for tech-savvy people and could be a bit complicated for some, however, customizability and flexibility are two features that make Android phones stand out. Still you have to note that Android phones running on similar operating systems will still run differently. Likewise Android phones have plenty of apps available from Google Play.

A smartphone’s screen interface is important as well. There are multi-touch, resistive and capacitive screens. A capacitive touchscreen reacts to pressure so it could display wear and tear over time. Resistive touchscreens react from conductive elements while multi-touch screens allow more interactions from the user such as zooming in and out easily. Try how it reacts to your movements. See how easy it is to type using its keyboard. Click the buttons to see their response. Moreover, the pixel density matters highly to people using their smartphones for games and watching videos, as the higher the pixel density the sharper the image will be.

Recommended For You:
Mistakes To Avoid For Startup While Building A Mobile App

Other features you should check are Bluetooth, Wi-Fi connectivity, GPS, infrared gyroscope, accelerometer and proximity sensor.

Mobile communications engineers continually come up with new features to make Android phones the best communication and productivity tool that are not only highly functional and efficient, but also affordable to fit every kind of lifestyle and budget. 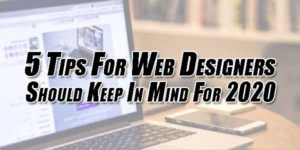 5 Tips For Web Designers Should Keep In Mind For 2020 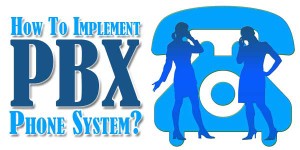 How To Implement PBX Phone System?