EXEIdeas – Let's Your Mind Rock » Business Needs / Guest Post / Internet / Internet Marketing » Be Like The 25%: What Are The Benefits To SMBs Of Investing In Online Marketing?

Be Like The 25%: What Are The Benefits To SMBs Of Investing In Online Marketing? 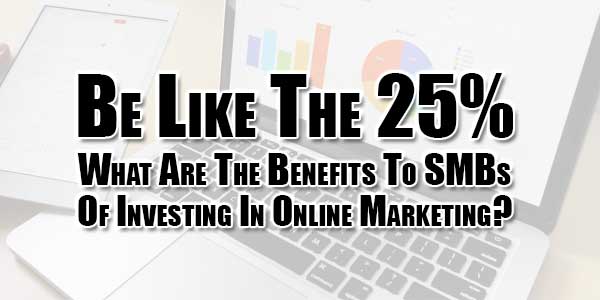 Businesses have trusted television ads, newspaper listings, and billboards to promote the goods, services, and brand image. Today’s modern world rapidly changes and evolves, primarily due to technology. The advent of smartphones have changed how the average consumer consumers media. Younger generations don’t subscribe to satellite and cable subscriptions as often as older populations, instead opting for digital media subscriptions like Netflix. As such, traditional marketing is expensive and unarguably outdated, with its online, Internet-based counterpart providing a wealth of benefits for small businesses.

Identifying demographical characteristics of Facebook, Twitter, and email account owners is easier than that of newspaper readers or television subscribers. A household of five may include two 50-year-old parents, a 35-year-old sibling of one of the parents, and two children 17 and 12 years of age. According to the television provider, the only demographic they may have is that of one or both of the parents. Cable and satellite providers, as well as network channels themselves, only have the account holders’ demographical information to provide to advertisers.

Recommended For You:
Creating A Slideshow With Music Using Movavi Slideshow Maker

Older generations watch television and read newspapers more often than their younger counterparts. The younger people are, the more likely they are to use smartphones, have social media accounts, use digital mediums to consume information. As such, businesses can connect with young adults and teenagers more so with online marketing than traditional forms. To most accurately identify the average customer’s demographic profile, consider commissioning a reputable, independent, marketing research agency to look into which groups of consumers most often purchase your products. Those with younger customers should, without a doubt, engage in online marketing to better connect with younger potential customers. 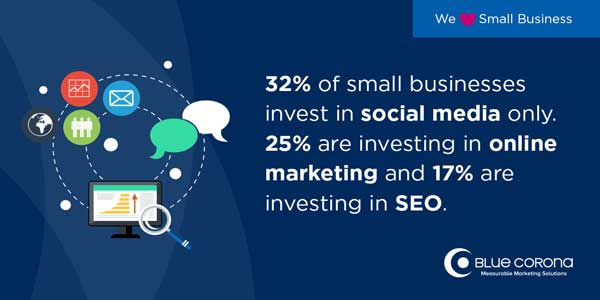 Employing a combination of traditional and digital marketing will reach broader consumers bases than just using one or the other. As touched on earlier, older people generally watch TV more than younger populations. Younger people use social media more than older people. Combining a mixture of these online marketing methods will reach wider audiences than just using one of them. Make sure to use a combination of online and traditional marketing, rather than just one.

Utilizing digital marketing can help distance the lengthy gap between how many consumers large corporations reach, as compared to small businesses. Despite this advantage, an underwhelming 25% of small businesses invest in digital marketing. Those who do, do so because they are serious about competing. They take a variety of measures to make sure that they reach where they can, no matter what their budget is. Like ASEA, they may utilize online sites like Crunchbase to help them build brand awareness. Such sites are easily accessed and affordable—if not free.

Few organizations have enough money to afford national television commercials or making their way into national publications, virtually the only two methods of reaching the large audiences corporations do. Effective traditional advertising campaigns require promotions to run consistently for extended periods of time—small businesses likely can’t afford one national ad, let alone months’ worth of them!

Digital marketing is cheaper that its traditional counterpart, giving small businesses the thunderous voice they so desperately need. Engaging in online marketing will certainly reduce the gap between corporations’ and small business’ reach to consumers.

Online marketing yields a wide variety of benefits to small businesses. It’s cheaper to afford and comes in more flavors than digital promotion. Small business owners, regardless of what field they compete in, should strongly consider online marketing.

Hannah Whittenly is a freelance writer and mother of two from Sacramento, CA. She enjoys kayaking and reading books by the lake. To see a great example of a Crunchbase profile, Hannah recommends looking at ASEA.

2 Responses to “Be Like The 25%: What Are The Benefits To SMBs Of Investing In Online Marketing?”

Tips And Tricks To Get The Most Out Of Your Smartphone 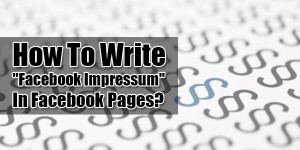 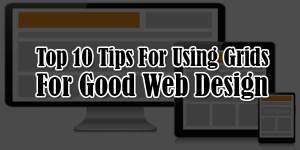 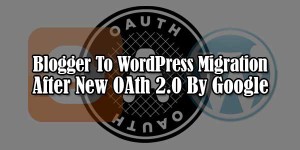 Blogger To WordPress Migration After New OAth 2.0 By Google