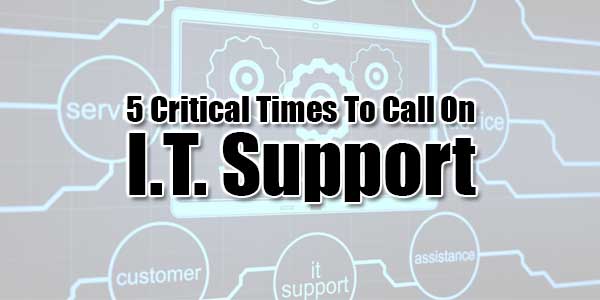 A lot of people are misinformed about I.T. and what an I.T. support specialist does. They are convinced that all an I.T. support person does is fix the desktop PC at work when it is on the blink. And while that is a great deal of the job, it is far from all of it.

If you don’t have a clear idea of what the I.T. staff is all about, you will not have a clue about when it is appropriate to call them. There are plenty of things you can do for yourself. You are able to customize Windows to your liking: Change the backgrounds. Increase the fonts. Choose your mouse pointer. Unless you really don’t know how to do that sort of thing, don’t call I.T.. Consider yourself empowered. Here are five critical times to call on I.T. support:

When you get ready to go mobile, you don’t just hand out a bunch of phones and hope for the best. San Bernardino, California learned this the hard way with the iPhone 5C terrorist phone debacle. According to CBS News:

Recommended For You:
Best Practices To Improve Your Brand's Presence On Instagram

If the technology, known as mobile device management, had been installed, San Bernardino officials would have been able to remotely unlock the iPhone for the FBI without the theatrics of a court battle that is now pitting digital privacy rights against national security concerns.

The county had already paid for the MDM software, but did not deploy it. This whole mess could have been avoided altogether had they used deployment experts such as those from Ottawa IT support. This type of company specializes in “tech support needed to deploy, maintain, and improve networks, servers, desktop computers, and mobile devices.”

It is no easier to deploy laptops, servers, intranets, or tablets. If you are going from consumer to entrepreneur, it may seem easy. But once you enter the realm of Information Technology, deployment is a really big deal. Get help.

2.) When You’ve Tried Everything Else:

ITWorld reminds you that you are empowered to do some things for yourself. You may be dealing with an .T. emergency, but then again, you may only be dealing with a minor issue that you can take care of yourself. Develop a checklist of things you can try before calling I.T. support. It is okay to turn the computer completely off and back on again. Depending on the version of Windows you are using, that can fix a lot of problems. Don’t call I.T. until you have exhausted that which you are empowered to do for yourself. 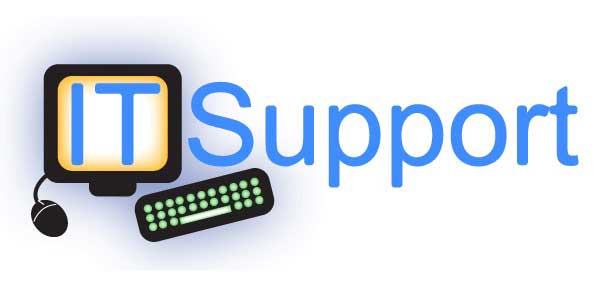 3.) When You Suspect You Have Been Hacked:

Three out of InfoWorld’s 11 sure signs you’ve been hacked are:

Recommended For You:
Entrepreneurs And Prototypes: How To Make Your Vision A Reality?

This is not normal behavior. It only seems normal because people have lived with being hacked for so long, they don’t know what it is like to have a properly functioning machine. When your computer starts showing signs of having been hacked, call I.T. right away.

4.) When You’ve Lost Something Important:

On some systems, it is practically impossible to lose work, as the system automatically backs up and saves everything in near real time. But not everyone is fortunate enough to be using that kind of system. Losing work is a real problem for people who don’t save regularly enough.

However, losing something is not the end of the world, there is a reasonable chance it can be recovered by the I.T. department. Before you do something that could make matters worse, call I.T. when you lose something you need. You might just get it back.

It is cliche that the main thing I.T. support does in the morning is reset passwords for the third of the office that has forgotten theirs. The reason you cannot be empowered to reset your own password is that if you can do it, anyone can do it, including the bad guys. Try not to get too frustrated. It is just one of the five critical times you need to call I.T. support.

Recommended For You:
6 Must-Have Money-Managing Apps For One-The-Go Generation 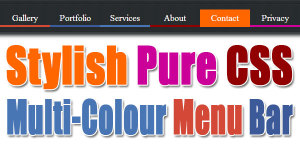 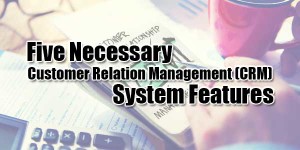 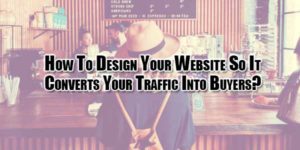 How To Design Your Website So It Converts Your Traffic Into Buyers? 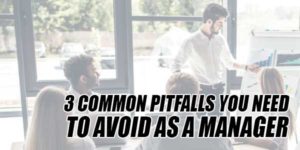 3 Common Pitfalls You Need To Avoid As A Manager