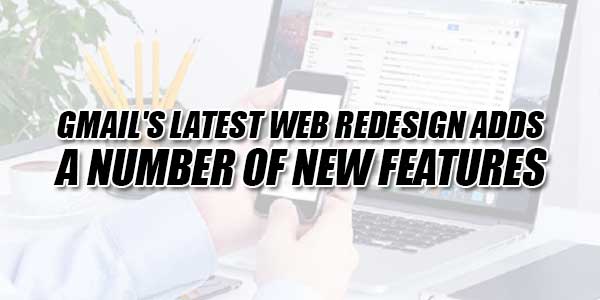 When we talk about sending off words abroad, we think of letters – hand written letters. Indeed the traditional mode of delivering messages to distant places was via letters written on paper. The meaning of letters has greatly evolved with the advent of technology, digital transformation and virtual reality. If people need to send either their personal or professional messages, they do it via email. That’s the latest word employed to the mail: e-mail. It involves internet. It completely overlooks distance and time. That’s the beauty of a modern life – you get to do our tasks without having to deal with travelling to far off places; and without having to wait for days to get it delivered and receive the response in return, which, by the way, delayed the process to many days. Not only that, it also busied people in unnecessary formalities. Emailing saves time as well as money, as it is entirely free, as long as you have an internet.

The latest means of communication are social media platforms, email forums or telephone services. Either one wants to connect by video calls, audio notes or written words, internet has saved their back. It has brought revolution in the life of an ordinary man. This field has diversified so much so that a number of text formats are created – each for a specific purpose. For example, there’s a specific format for writing emails to a client, then there is a specific format for writing email to your boss. More are less, they are almost similar, but the delicate difference has to be taken in consideration before drafting an email. It is important because an email to a newcomer is like the first impression you give to a stranger. If it is well crafted and well drafted, it could earn you attention from the reader as, sometimes, a person working for public, let’s say an HR guy, receives emails in bulks and most of these emails go unnoticed. Just like in real life, you have to compete with the candidates but only through virtual means. Once you make it to the cut, you pass the first stage and are in for the next round. These little things matter in the long run; thus, they must not be overlooked.

Recommended For You:
Best B2B Link Building Tactics In 2022

One of the mostly used email forums is Gmail. It had very specific features when it started; it keeps on evolving with the latest trends and demands of digital world. For example, lately what has come to the attention is the fact that Google is giving Gmail Smart Reply feature on Gmail web. It is also providing better access to other Google apps, such as Google Calendar. New features like Google Home and Google Assistant will also be a part of Google app. Other reports suggest that Chrome extension will also continue with the latest Gmail experience. However, there are still some doubts on the idea whether new features would work well for the general audience or not. It is not surprising that this idea is given good consideration before its implementation. A great number of people use Gmail now. Mostly for its convenient services that cannot be risked and played with until given reassuring results.

According to another report, Android users will get revised features on Google app. For example, there is a mention of improved email features on Google Home smart speakers and with Stocks preferences. What else has come to the surface are updates about redesigned Gmail’s desktop version. This version of Gmail will also have the ability to snooze emails in the inbox and, as mentioned before, Smart Reply feature for instant emailing. The mobile versions as well as the desktop will have the improved work efficiency. 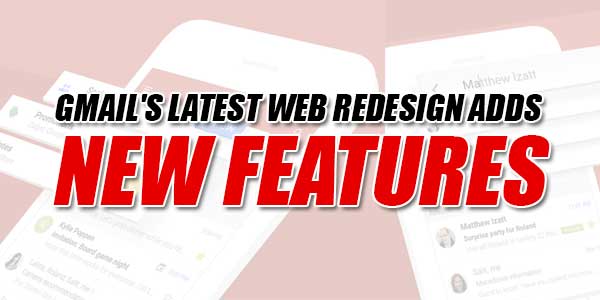 All the above-mentioned improvements help in making the process of emailing much more convenient and effective. This improvement had to be brought for the users who use email on daily basis. In offices or at home, everybody now uses email accounts, whether it is Yahoo, Hotmail or Gmail. Gmail has now become the most used emailing forum for its highly effective and useful features. And as you can see, it still is progressing by introducing new features – by coming up with new ideas to cater their audience. Every other person you’d come across would have Gmail Id, for this is the email service universally used.

Recommended For You:
Everything You Need To Know About Nokia C1 - Review

One cannot sidestep the fact that internet has made life much more advanced and high paced. Back in the days of hand-written letters people would put a number of hours in getting their messages across. Internet has brought with it the concept of virtual reality that allows a man to be in constant, direct contact without the necessity of being physically at a place. This worries a number of analysts that virtual reality might divorce a man so much from his actual reality – whatever that maybe – that he would lose the natural touch to his existence; and for this matter, they ought to be connected to the actual reality and avoid becoming a puppet to the virtual reality that internet has built around man. Social media has a good role in creating this bubble of illusion. However, it may just be a far-fetched prediction. While a man worries about losing his current idea of reality, he may be busy in constructing a new.

And considering reality is subjective, and Nietzsche’s “there are no facts, only interpretations” one can say that the idea of reality would keep evolving; and the best step a man can take in this situation is to be with the time – not against it. If it demands following the latest trends – whether it is about web designing or business strategies – one must never resist from taking the step with the life he is leading. The intelligent man is the one who is fully aware of contemporary sense and sensibility, who also knows when to make a conscious choice, and who knows whatever the need of the hour is. Internet of Things will bring a technological revolution in the coming years. Embracing this revolution will only help one in being with the spirit of the time; it will also let him grow with it; it will make one’s life much more comfortable and convenient. For all these services, the must thing to have is an internet that works well. We suggest at&t uverse bundles. You can go to their website and look for the offer that works well with your schedule and needs. 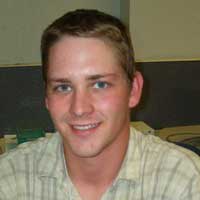 About the Author:
Recommended For You:
A Short Guide On Best Ways To Prevent Phishing Attacks

Steve Hopely, a tech savvy blogger, likes to read tech blogs and watch movies. Born in Omaha, Nebraska, He works with internet provider brand and talk about advantages about bundle deals like uverse bundles. He spends his weekends watching films.

Comments RSS Feed
Next Article Blockchain Technology That Transforms Entire WorldPrev Article What Is Commission Advance And How Can Your Real Estate Business Benefit From It? 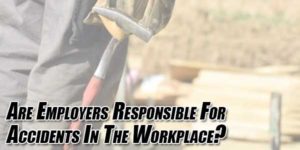 Are Employers Responsible For Accidents In The Workplace? 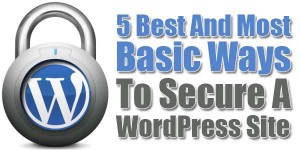 5 Best And Most Basic Ways To Secure A WordPress Site

Why Link Building Is The Best Way To Increase Page Rank? 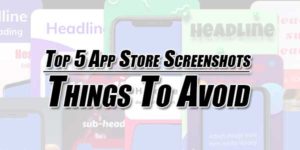 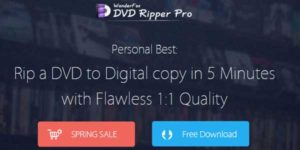 How To Play DVDs On Microsoft Surface Effortlessly?